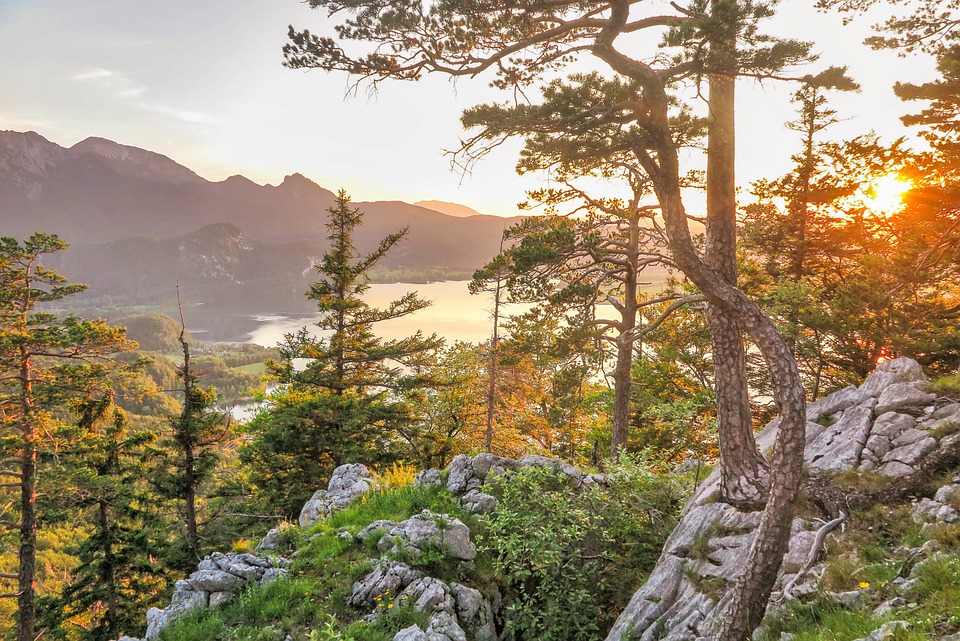 In my forthcoming book, The Godfather of Green: An Eco-Spiritual Memoir, due out on Earth Day 2020, I show how a decades-long practice of meditation, mindfulness and yoga has helped me to stay focused, productive, and creatively engaged with environmental issues for nearly 50 years, most recently with the green building movement for the past twenty years.

As we stare down the gun barrel of rapid climate change, toward a looming climate emergency, I recommend a personal practice of meditation and mindfulness as essential for confronting the specter of an uninhabitable earth. In an epilogue to the memoir, I specifically addressed a message to today’s young climate strikers.

I pointed out that the most successful leaders of twentieth-century political mobilizations, movements that truly changed the world, came from a place of love, forgiveness, inner peace, and reconciliation, precisely the qualities and virtues that you cultivate through a practice of prayer, meditation and mindfulness. Leaders such as Mahatma Gandhi in India, the Reverend Martin Luther King Jr. in the United States, and Nelson Mandela in South Africa overcame fearsome odds that changed the politics of their time. They did it through nonviolent means, winning over the hearts and minds of their erstwhile opponents.

A person who’s very active on Twitter, with thousands of followers, sometimes displays a photo of himself holding a sign that says, “I’m a climate scientist and I’m terrified.” I’ve thought a lot about that picture and another that sometimes shows him and his young son holding similar signs. When I first saw that image, I thought, “That’s not the way to go. That’s not the stance of a true warrior.”

Warriors need to be calm, fearless, thoughtful, and determined to succeed in their mission. If terror or fear occupies your mind, you won’t come up with good solutions, won’t be able to respond creatively as circumstances change. Your mind will flit repeatedly from today’s reality, which most people in this country still consider tolerable, to some imagined future apocalypse, which appears paralyzing, damaging, and intolerable.

In Frank Herbert’s sci-fi classic Dune, there’s a repeated line: “Fear is the mind-killer.” Should we be teaching each other and our children to be afraid or terrified of climate change? When I was growing up, our elders taught us to fear a nuclear bomb attack from the Soviet Union. In grade school in Los Angeles, we held bomb drills: get under your desk, duck your head and put your hands over it. The unspoken reality: in the case of real attacks, such as those in Hiroshima and Nagasaki a decade earlier, you wouldn’t stand a chance of surviving.

A hydrogen bomb could wipe out everything you wanted to do in your life in a few seconds if some idiot somewhere pressed a button. (This was/is a real possibility: recall the Iranian soldier whose actions took down a civilian airliner recently by mistakenly identifying it as an attacking aircraft and firing two surface-to-air missiles.)

The threat of nuclear attacks (and later the threat of “nuclear winter” after such an attack) subsided because political leaders in both the U.S. and the Soviet Union came to their senses, got together and decided that living in “peaceful coexistence” was preferable to “mutually-assured destruction.” A simple calculation of self-interest saved the day then and has continued to do so for the past seventy years, even as the number of countries with nuclear arms and missiles increased from two to eight. 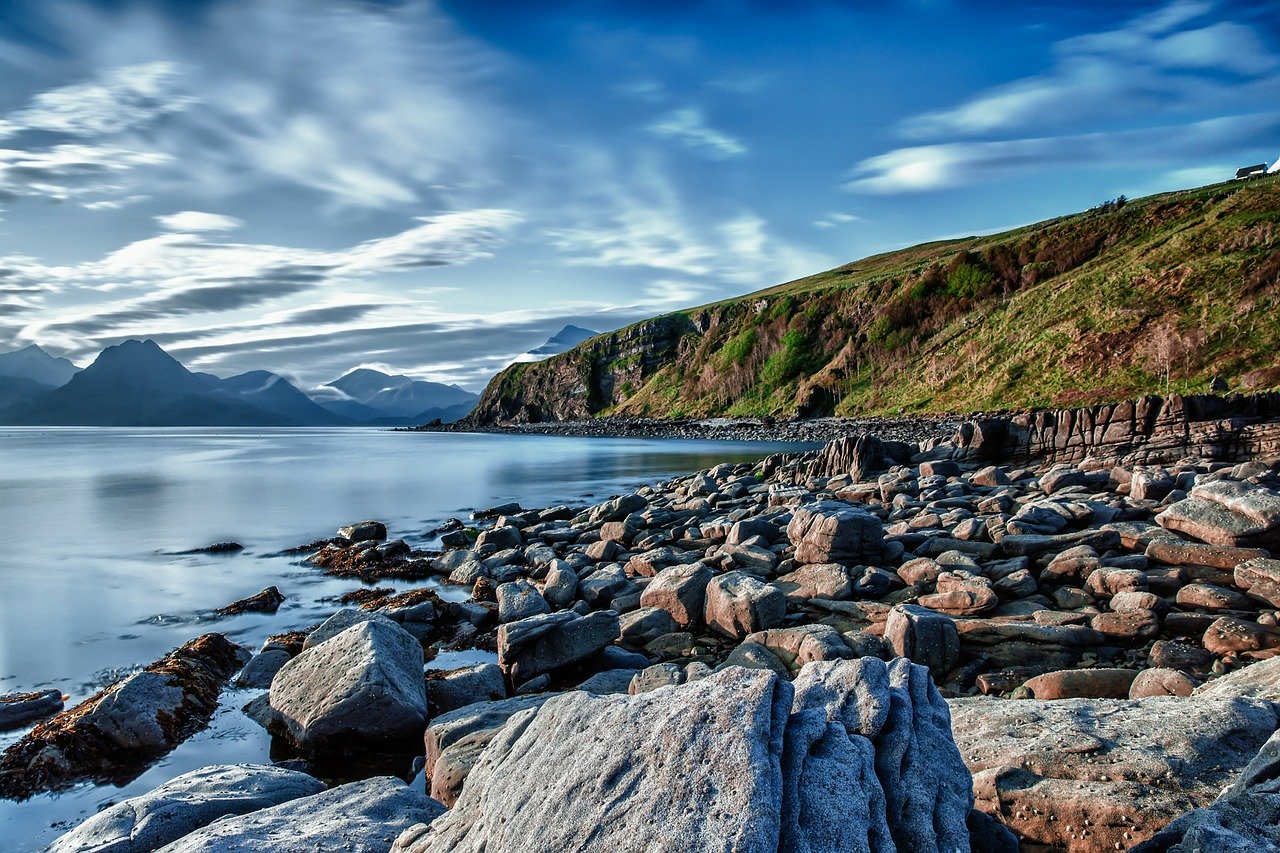 But climate change is different. In today’s world, the sudden social and cultural awakening to the stark realities of rapid climate change over the past two years has led us to find myriad options and solutions. Historically, the path to arms control took an arduous two to three decades. We know already that we can’t afford to take that long to change our economic and political systems to confront the climate emergency.

We also know, if we’re honest about it, that confronting climate change is likely to take a similar trajectory. The simple reason: while the rest of the world watched apprehensively fifty to sixty years ago, as just two countries, the U.S. and the Soviet Union, moved slowly toward arms control and de-escalation of the nuclear arms race, today the entire world needs to get on board with wrenching changes in long-established personal habits and economic practices to give everyone a chance to secure a net-zero-carbon future.

So, what is the best stance for an individual to take? We’re not all going to be actors in this existential drama – many of us are going to pass from the scene long before the play is over. I have decided to take lessons from decades of meditation and mindfulness practice and, while acting through supporting climate strikes and using social media, to view whatever I do as service to others, to the planet, and to offer it from a place of love and respect for all. I am convinced that a serious practice of meditation and mindfulness can (and must) go hand-in-hand with saving the planet for future generations.

My meditation teacher once wrote that when you perform actions from the place of complete contentment, it has beauty and sanctity. Which lesson would you rather offer to your children and your children’s children: the beauty and sanctity of respectful but determined actions to preserve a habitable world, or the sense of terror and dread that comes from viewing this climate emergency as insurmountable, with most other people and large corporations as enemies that need to be defeated and punished?

Jerry Yudelson is the author of twelve professional books for architects and builders. His new book, The Godfather of Green: An Eco-Spiritual Memoir, with a Foreword by the noted actor and environmentalist Ed Begley Jr., will be published on Earth Day 2020 by  Wyatt-MacKenzie Publishing. The book, ISBN: 9781948018722, is available now for preorder.

How the Desecration of the Earth Affects Native Nations

The Effects of Buy Local Movement

Why Costa Rica is a 21st Century Environmental Leader