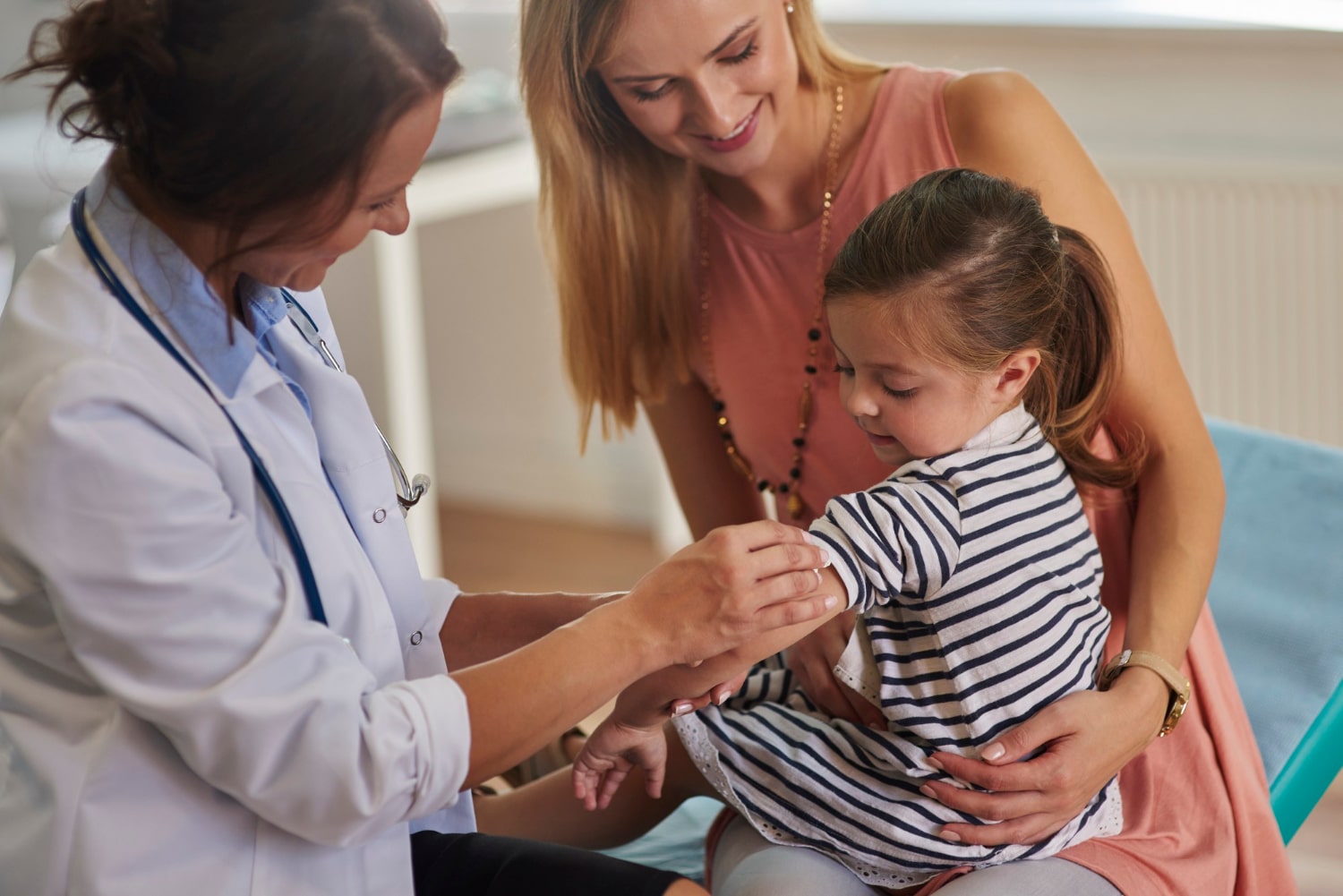 The most important vaccinations for kids are those that protect against diseases that can kill. These include pertussis, polio, and diphtheria. Some other less deadly but more common illnesses such as measles and whooping cough must also be prevented through vaccination because they can lead to serious complications. The vaccine schedule is different from one country to another depending on the disease profile of a population. In some countries, vaccines may even be unavailable due to a lack of resources or political interference with health policy.

People usually doubt the vaccine but they must understand as it directly reduces the risk of a disease in the human body. Even if people find the vaccine safe and effective, then they also must learn about managing vaccination for new born babies, so they don't get in contact with harmful diseases.

The DTaP vaccine should be given to all children younger than 7 years of age. The first injection should be given between the age of 2 months and 6 months. Afterward, a shot is administered every 5-10 years until adulthood because a booster dose cannot 'overload' a child's immune system as it can do in adults. Giving an adult a full series of shots would be the equivalent of giving them two-fifths of the shots they need as children. This is because their bodies can handle more antigens at once. Children vaccinated against diphtheria, tetanus, and pertussis are not only protected against these diseases but also do not carry them as well. This is because all three components of the vaccine help to destroy the bacteria that cause these deadly diseases as well as any toxins they may release. The DTaP vaccine helps reduce the risk of contracting diphtheria and whooping cough by 80 percent. It reduces the risk of tetanus by 70 percent and infant deaths associated with pertussis by 50 to 85 percent.

The polio vaccine consists of three serotypes, which are all equally effective. It should be administered to children between 6 weeks and 12 months of age in 5 doses. This is because the immunity created by the vaccine gradually diminishes over time. The last dose can be given any time before 4 years of age but must not be given after that point. For children who complete the full course, immunity can last for an entire lifetime. The vaccine helps to prevent polio caused by the three serotypes of the virus and reduces the risk of contracting polio by 60 to 80 percent.

The MMR vaccine should be given in two doses with at least 4 weeks between the first and second injection. The injections should occur before a child is 12 months old. If they receive their first shot when they are between 15 months and 5 years of age, then a second dose is recommended before school entry. For children who have already been exposed to the MMR vaccine, such as those who have already been vaccinated or were born before 1987 when immunization against this disease was not standard practice, a blood test can be used to determine immunity. For individuals who do not show evidence of immunity, two doses should be given 4 weeks apart and a second test should be conducted because only 1 in 5 people with a negative blood test will be immune. The MMR vaccine reduces the risk of contracting measles and mumps by 95 percent and rubella by 80 percent.

The hepatitis B vaccine should be administered to all children less than 7 years old. This is done in three doses over 6 months with at least 4 weeks between each dose. The injection may, however, be given immediately after birth but must not be given less than 24 hours afterward. If a child receives their first shot when they are older than 7 years, then only two doses are necessary. If a child receives their first shot after they turn 10 years old, then just one dose is needed. The vaccine helps to prevent the contraction of hepatitis B and reduces the risk of contracting it by 90 percent.

The varicella vaccine should be given to children 12 months and older. It is administered in two doses 4 to 8 weeks apart, which can be given at the same time as MMR or separately. The vaccine helps to prevent chickenpox and reduces the risk of contracting it by 95 percent. Babies should receive this vaccine before they are six months old if they are at high risk of exposure. If the vaccine is not administered before this point, then it can be given between six and 12 months old.

The Hib vaccine should be given in three doses with at least 4 weeks between each injection. Immunization can begin before 15 months of age but must not occur less than 24 hours after the first dose is given. If a child receives their first shot when they are older than 15 months, then two doses are necessary 4 weeks apart with a third shot given 6 months after the second. The vaccine helps to prevent Haemophilus influenzae type b meningitis and reduces the risk of contracting it by between 50 and 88 percent.

The PCV vaccine should be given in four doses with at least 4 weeks between each injection. The first dose can be given to babies before they are 2 years old but must not be given less than 24 hours after the birth of a child or discharge from the hospital, whichever occurs later. If the first dose is given within 48 hours of birth, then a second dose is recommended before the child turns 8 weeks old. If it is given anytime afterward, then a third shot should be administered between 4 and 6 months of age. The fourth injection should occur at least 12 months after the last one. This vaccine helps to prevent pneumococcal disease and reduces the risk of contracting it by between 20 and 40 percent.

The meningococcal vaccine should be given in two doses 6 to 12 months apart. The first injection should occur before the child is 2 years old but must not be administered less than 10 days after birth. If it is delayed until they are older than 2, then three injections are necessary given at least 4 weeks apart with the second dose given no less than 10 days after the first. The vaccine helps to prevent meningococcal disease and reduces the risk of contracting it by between 50 and 90 percent.

The influenza vaccine should be given in two doses, the first being at the beginning of flu season and a second shot being about 6 months later. It can be given to infants as young as six months old but must not be administered less than four weeks after birth or hospital discharge. If a child is older than 8 years, then just one dose is necessary. The vaccine helps to prevent influenza and reduces the risk of contracting it by between 70 and 90 percent.

The most important vaccinations for kids are to protect them from dangerous and often deadly diseases. Not only do the vaccines help in reducing the rate of contraction, but they make life much easier for working parents who have to deal with sick children.

6 Effective Ways to Get a Better Night’s Sleep

Why A Healthier Lifestyle Can Actually Save You Money

Best Herbs and Superfoods For a Healthy Immune System