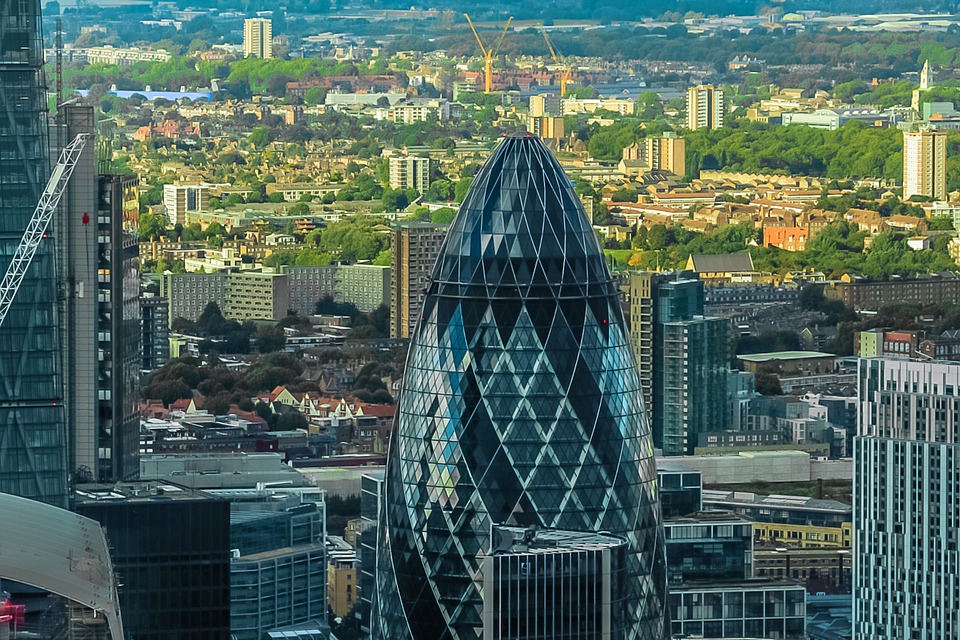 Chris Baines, a leading UK independent environmentalist, wrote a somewhat controversial article for the BBC’s Wildlife magazine back in 2016. In it, he suggested that large scale developments, such as the widely debated HS2 high-speed railway line, could actually be good for nature. This thought-provoking notion caused quite a stir among environmentalists, but the truth of the matter is – with a growing population comes a need to grow infrastructure.  So, if there is a way to combine the needs of both nature protection and developments, it should certainly be explored.

We take a closer look at how building works can be more aligned with environmental needs.

According to the government Office for National Statistics, the UK population is expected to grow to more than 72.5 million people by 2040. This upward trajectory will see a demand for more jobs, housing, schools, and other infrastructure; the building of which can interfere with local nature and biodiversity.

The UK has environmental laws in place to keep our flora and fauna protected – particularly all protected species – however these only go so far. Biodiversity needs to be a consideration when developers put together building plans, but it can be a challenge to meet the needs of all parties.

How building works and nature can be better aligned

The first step towards ensuring that development works are minimally detrimental to nature is to keep ecological factors a primary concern throughout the planning stages.

Before planning permission can be obtained to begin building works, an ecology survey must be carried out.  This survey will analyse the site and identify which species inhabit it, which might be affected by a new development. If the survey finds that any protected species exist there, there is a chance the planning permission will be refused, and developers will need to seek an alternative site. In other circumstances, mitigation methods may be sufficient.

Various mitigation methods will be required in order to protect the species that live on the prospective development site. These could include something like the creation of alternative green landscapes and habitat networks, to which the existing species could migrate and thrive. This aim to reduce the harm done is known as biodiversity net gain.

This process refers to any human intervention that is carried out to encourage the presence of more biodiversity. The EU and UK’s 2020 Environment Bill requires biodiversity net gain methods to be put in place in all building development works and to be outlined in planning permission applications.

So, how have these considerations and measures been applied to the building of the HS2 rail? It’s true that some mitigation methods have already been suggested, but Chris Baines has further ideas that drove him into writing his controversial piece. He claims that there is potential for a range of mitigation works that could be tremendously advantageous in terms of biodiversity.

One of the primary issues that environmentalists have voiced regarding the development is the sheer size of the railway network. Connecting London, Birmingham, the East Midlands, Leeds, Sheffield and Manchester, HS2 will span more than 300 miles.

The two-phase project will lead to a significant loss of biodiverse sites according to the UK government. The first phase will lead to the loss of around 30.2 hectares of historical woodland, in 32 different sites, and the line will be built to pass through three Sites of Special Scientific Interest, and 91 non-statutory Local Wildlife sites.

To compensate for this, the developers have included mitigation techniques in their plans which include specially located tunnels and the translocation of important habitats and rare species.

In his article, Baines outlines several new ideas that he claims would cost less than 1% of the project’s £42 billion budget. Each of these are designed to benefit both local biodiversity and the surrounding human population.

Baines argues that these additional mitigation methods would also be beneficial to local people because footpaths and cycle routes could easily be incorporated into the design.

What can developers take away from the HS2 project?

Regardless of what’s being built, from a housing development to a new hospital, the protection of biodiversity must be a priority. Because this must be adequately considered in all building development plans, there are many instances where out-of-the-box mitigations techniques, like those presented by Baines, might need to be discussed.

After the first step of an ecology survey has been completed, and the existing species have been identified, developers and local authorities can work together to find appropriate mitigation methods that work in favour of all parties.

The article was produced in collaboration with Thomson EC, a leading environmental consultancy.

How To Make Your Construction Company More Eco-Friendly

How America Could Be Greener: The 3 Forces Reshaping Cities