Cities are changing very rapidly, with some changes being accelerated or exacerbated by the ongoing COVID-19 pandemic. As cities change, we have great opportunities to make them greener. Use these strategies to steer your own community in a more sustainable direction. 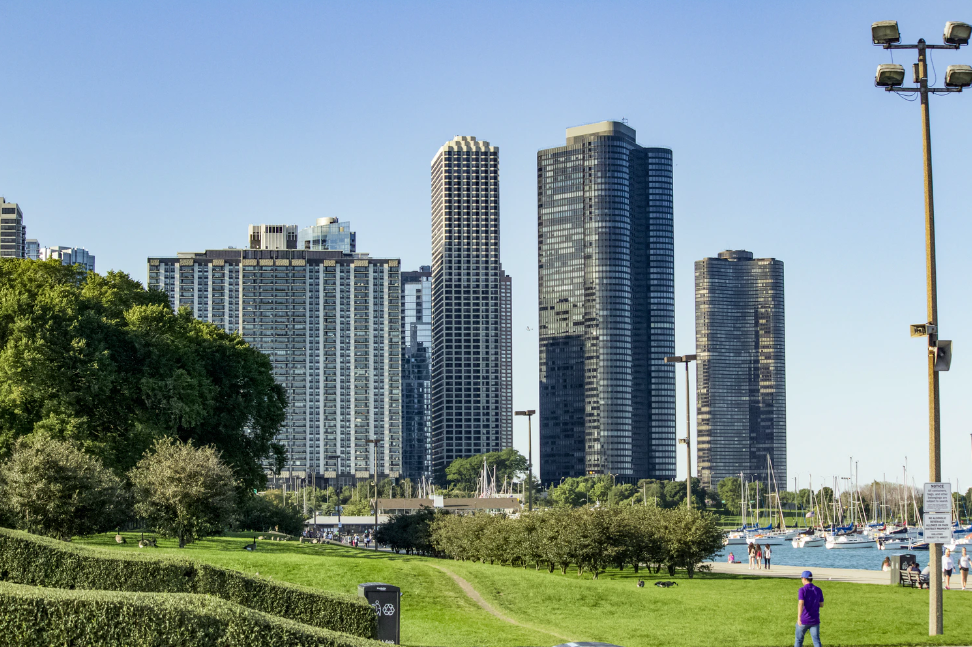 Cities are constantly growing and changing — and as they do, they should also be constantly striving to become cleaner, greener, and more sustainable.

Amid the COVID-19 pandemic, some of the changes that have been happening in American cities have sped up, and are becoming even more apparent. But along with that comes a huge opportunity for the people who live in those cities: embrace this time of change and use it to make your city greener.

Want to learn more about the forces that are driving all this change, and some easy ways you can take advantage of it to make your city greener? Here’s what you need to know.

Here Are the Forces that Are Reshaping American Cities

No matter what part of history you look to, American cities are always changing in some way. Here are the biggest trends we’re seeing in urban areas today.

Especially during the coronavirus pandemic, we’ve seen an increasing trend in people moving out of cities and densely populated areas, favoring suburbs and even the countryside, where they have more space to roam. In fact, one study found that 39 percent of American urban dwellers have recently considered leaving for somewhere with more space.

Is this a trend that’s here to stay? Some experts say no, like Werner Bätzing, an emeritus professor of cultural geography at the University of Erlangen-Nuremberg in Germany.

The people who are leaving cities in favor of wide-open spaces are giving rise to another driving force behind the changes we’re seeing in urban areas: Vacancies are majorly on the rise.

Take San Francisco, for example. It’s one of the most densely populated metro areas in the U.S. — and the world. And people are moving out of the city at faster rates than we’ve seen at any time in recent memory. According to the Wall Street Journal, San Francisco’s apartment vacancy rate jumped from 3.9 percent in February, to almost twice that — 6.2 percent — in May.

And homes aren’t the only places that are emptying out. Office vacancy in San Francisco is also up, coming in at 6.6 percent during the second quarter of 2020, compared to 3.7 percent at the end of 2019.

The Gig Economy Is Exploding

The gig economy has been consistently growing for more than a decade. But as U.S. unemployment has hovered between 15 and 25 percent throughout the pandemic, the newly unemployed have flooded apps for gig work like delivering meals, packages, and groceries. For context, Instacart hired 300,000 new shoppers in just one month, with plans to hire 250,000 more almost immediately after.

With so much rapid growth in the gig economy, we have to wonder how innovation in this space might help solve some of the cities’ other growing pains. Via the gig economy, we already share our cars (Uber, Lyft, and other rideshare) and our homes (Airbnb and VRBO). Will a new platform help us share our vacant office space?

How to Build Greener Cities as They Change

With all this change comes a great opportunity for the environmentally minded among us: as cities are growing and changing so rapidly, there’s room to make and promote changes that make them more sustainable. Here are some things that anyone can do to help make their community greener.

The pandemic caused many businesses to transition their employees to remote work, which eliminates commuting, office utilities, and other factors that can increase your carbon footprint. Embrace this! If you enjoy remote working, talk to your employer about doing it long-term. You can bring up the increased sustainability as just one reason to support your case.

Supporting local businesses not only helps them survive the pandemic, but it’s also a lot better for the Earth. Goods that are made, produced and sold locally don’t have to travel to get to you, which reduces their carbon footprint.

One recent study found that as they spent more time at home during quarantine, 78 percent of Americans realized they had too much stuff, and 70 percent got rid of things.

If you’re among the many people who are downsizing and cleaning house right now, remember to do so sustainably. Donate, sell, or recycle unneeded items instead of throwing them away.

With all the empty homes, offices, parking lots, and other spaces cropping up in cities, now is our chance to think about how we can reuse those spaces in greener ways. Think community gardens in now-empty parking lots or marketplaces for local businesses in unused offices.

The Time Is Now to Make Cities Greener

There’s never been a better time to do the work to make our lives and our communities greener. Learn more about how to live sustainably at magazine-mn.com.

Christina Marfice is a freelance writer for Neighbor, a peer-to-peer marketplace for storage. She has a BA in Mass Communications and has been working as a journalist for ten years. She has volunteered for many organizations that promote urban sustainability including a homeless shelter and nonprofits that support urban development and affordable housing. She currently resides in Chicago with her two cats, Doughnut and Dumpling.

How Drones Can Be Used to Control Water Pollution Modality